Malaysia is a multi-racial, multi-cultural, multi-lingual, and multi-religious country.

National Secondary Schools use Malay as the main medium of instruction because Malay language is the National language of Malaysia while English is a compulsory subject in all schools. SinceScience and Mathematics had been taught in English, however in the government decided to revert to use Malay starting in year In addition, foreign languages such as Arabic or Japanese may be taught at certain schools.

Secondary education lasts for five years, referred to as Form Tingkatan 1 to 5. Most students who had completed primary education are admitted to Form 1. As in primary schools, students are promoted to the next year regardless of their academic performance. 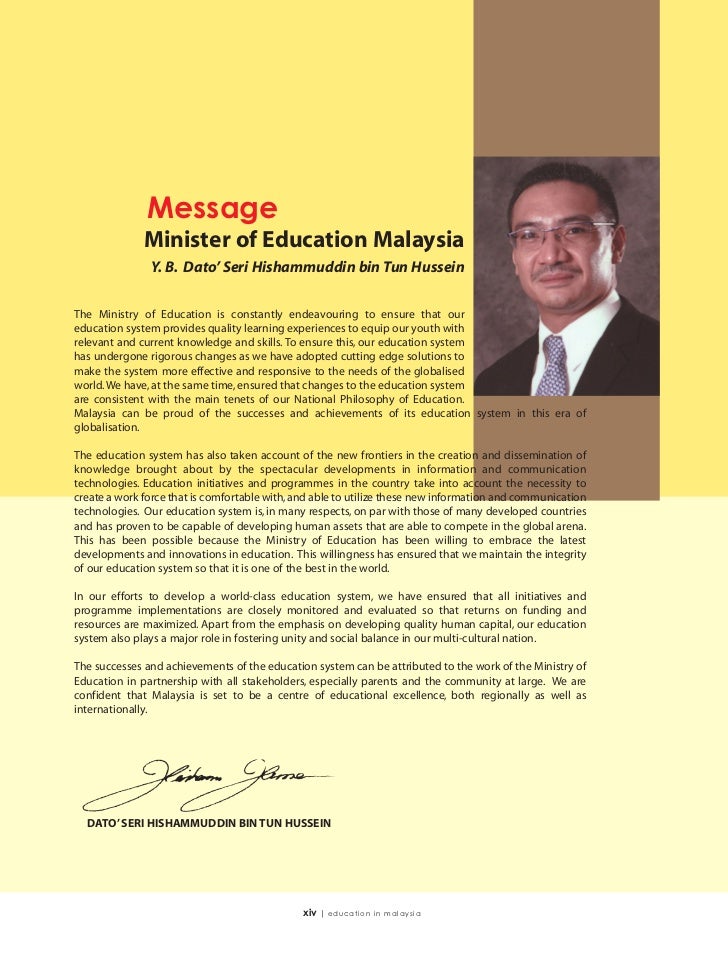 Co-curricular activities are compulsory at the secondary level, where all students must participate in at least 2 activities for most states, and 3 activities for the Sarawak region.

The Academic stream is generally more desirable. Students are allowed to shift to the Arts stream from the Science stream, but rarely vice versa. Previously, this was reported on result slips as a separate result labelledwhich meant students received two grades for their English papers.

This separate grade is given based on the marks of the essay-writing component of the English paper.

Issues in the Teaching of English in Malaysia | JALT Publications

The essay section of the English paper is remarked under the supervision of officials from the British 'O' Levels examination. Although not part of their final certificates, the 'O' Level grade is included on their results slip.

Shortly after the release of the SPM results in Marchthe Education Ministry announced it was considering reforming the SPM system due to what was perceived as over-emphasis on As. Local educators appeared responsive to the suggestion, with one professor at the University of Malaya deploring university students who could not write letters, debate, or understand footnoting.

He complained that "They don't understand what I am saying. I cannot communicate with them.

Consequently, English was taught as a subject from year one of all Malay medium primary schools and year three of Chinese and Tamil schools.

Bahasa Malayu is adopted as the official language in Malaysia, while English is taught as a subject in schools.

Introduction to the Malaysian Education Structure

[2] Background of the Study As an official language, English is used as the medium. Malaysian education system whereby the Malaysian government decided to introduce English as a language medium to teach science and mathematics at all levels of the education system in stages.

A Glance At The Malaysian Education System - arteensevilla.com